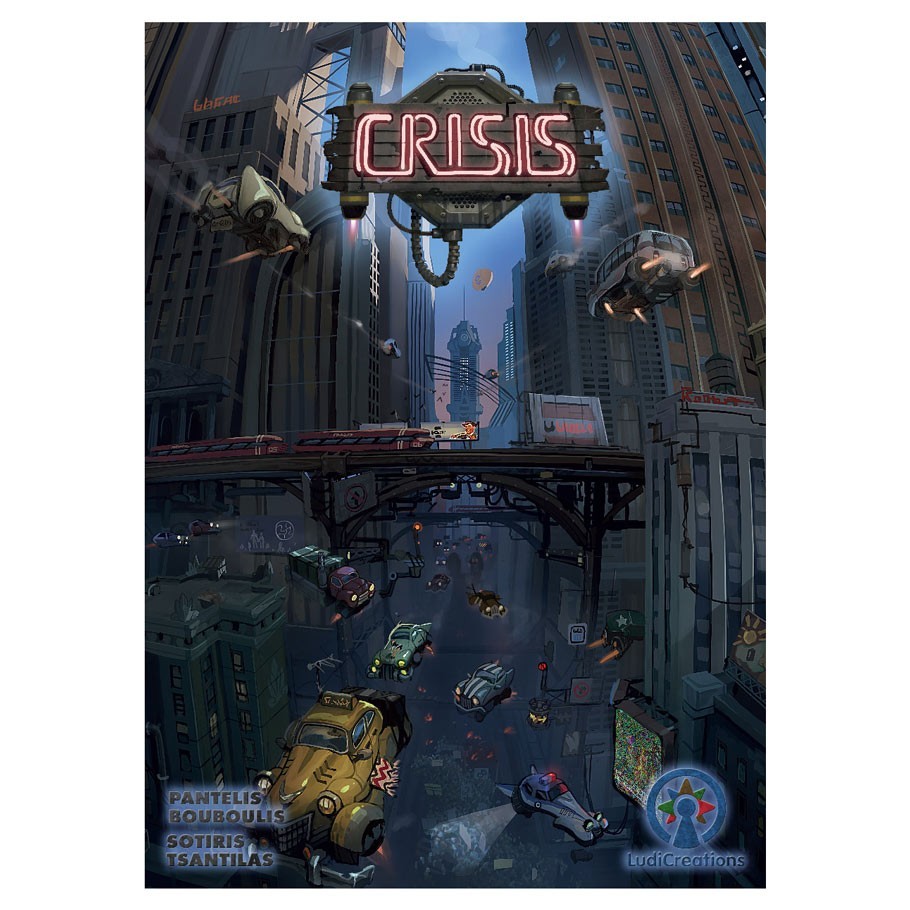 CRISIS is a turn-based game for 1-5 players who assume the roles of businessmen, trying to rebuild their businesses and create value at a particularly challenging time.

Axia — a land with a glorious past, a most uncertain present, and an even more unpredictable future. Populated by what has been described as a fervent and warm-blooded people, Axia is in crisis – economic, social, and political: the longest-running recession in its modern history, the highest inequality in years, and a political system teetering on the brink of collapse.

In more ways than one, Axia is fighting against itself. Old divisions of the past have given way to new ones, and this generation – along with the next ones – has the most to lose.
Will you, along with your fellow industrialists, do your part to help Axia? Will you sacrifice short-term gain in the present for a brighter future? Can you do that, and survive? Perhaps you can, and perhaps you can even thrive – and you will, if you see opportunity where others only see crisis!

CRISIS is a turn-based game for 1-5 players who assume the roles of businessmen, trying to rebuild their businesses and create value at a particularly challenging time. By skillfully placing their managers in a position to invest in companies, trade resources, and navigate the local bureaucracy and regulations, they can thrive and prosper in a time when others might struggle and decline.

Learn more about Crisis on boardgamegeek.com