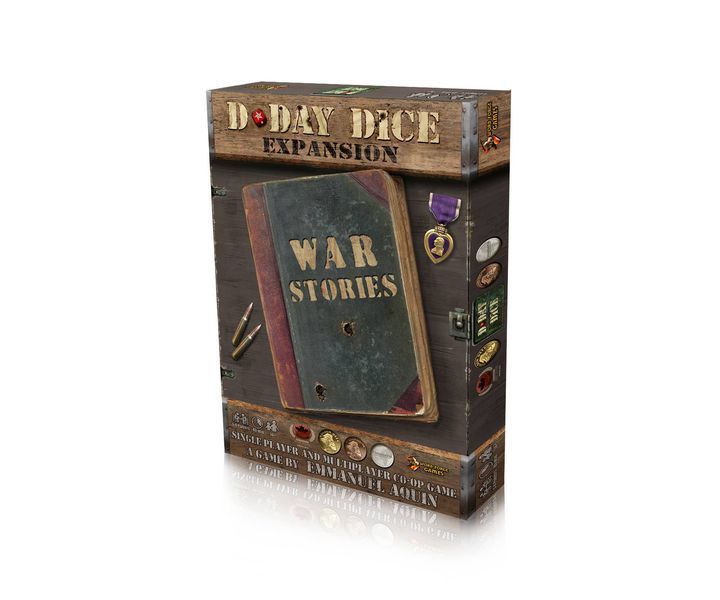 The War Stories expansion contains 6 modules that are completely independent from each other. They can be added individually or as a whole to the base game.

The War Stories expansion contains 6 modules that are completely independent from each other. They can be added individually or as a whole to the base game. They consist of:

War Stories: little scenarios that are written on a card, randomly drawn or chosen at the beginning of the game. These scenarios use tokens to add various effects to the game, like artillery fire, or to set specific objectives for the players, like trying to find dead officers on the beach. Some even simulate the rising tide or give the player added bonuses if they perform certain actions.

Poland: A 5th player color (black), with a full set of Specialists and dice (and its own set of RWB bonuses). This will give players either a new color to choose from, or the option to add a 5th player to the fray.

Servicemen: The Servicemen cards represent individual infantrymen that join your Unit for a while. Each comes with resources: on every Serviceman card, 2 or 3 dice results are shown. You can discard the Serviceman whenever you want to add his results to your Final Tally (this might help you obtain some RWB bonuses).

Last Man Standing: This module introduces a new way to play the game. Think of it as “reverse D-Day Dice”. You will be given a full Unit of soldiers at the start of the game, and then you will roll each turn to see how many you lose. Will there be enough men standing in the end to storm the Bunker? Includes a new Specialist (the Crackshot) and player aids with new RWB tables.

Campaign Mode: This giant scenario allows for massive games taking place on 6 Battle Maps with up to 8 players (each copy of the base game allows for 4 players, so you'll need 2 base games for 8). The 2 teams race to the top with various obstacles, objectives and special rules in this fun and chaotic competitive/cooperative version of the game, where players try to hinder the other team while having to help it at the same time.

The box also includes 6 Battle Maps centered around airborne operations (along with the Paratrooper Specialist, which now comes in a different version for every color, and the Pathfinder). 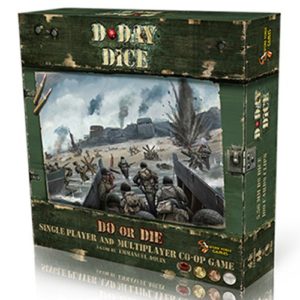 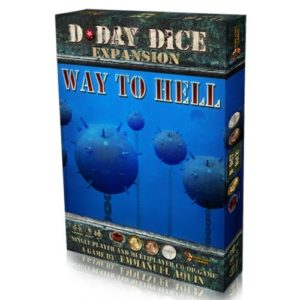