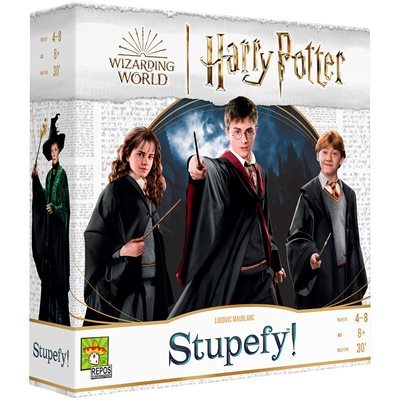 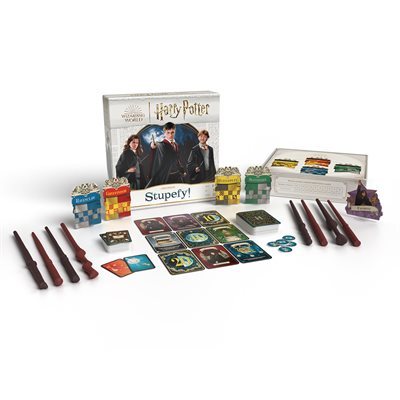 In this Harry Potter version of the party game classic Cash 'n Guns, observe your opponents’ choices; choose whether to protect yourself, attack or claim all the rewards… Decide quickly, in the heat of the moment!

1, 2, 3… Stupefy !
It’s so simple, you can learn the rules to Stupefy just by playing. Combat plays over 8 identical rounds.

Spells and rewards
Spells are represented by cards that players receive at the start of the game. There are Stupefy! cards and Misspell cards (it happens to the best of us). Be careful, you start with a limited number of Stupefy cards and must balance your Misspells to become your professor’s favorite, collect potions, or even point cards. Avoid being Stupefied by your opponents along the way, otherwise you’ll be known as the latecomer (penalty) of your House and miss the chance to gain extra rewards. After 8 rounds, once all the rewards have been claimed, the House with the highest score wins the game.

Rounds are tense! You have to observe your opponents’ choices (have they used all their Stupefy! cards?), choose whether to protect yourself, attack, or claim all the rewards… And you have to decide quickly, in the heat of the moment!

Learn more about Stupefy! on boardgamegeek.com 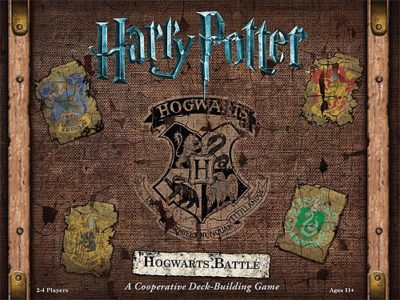