Deluxe edition of the all-time bestselling Wild West party game!Either blast the bad guys away or go after the Sheriff...in this hilarious spaghetti western game of "who's who"? BASIC GAME + 3 EXPANSIONS!

This card game recreates an old-fashioned spaghetti western shoot-out, with each player randomly receiving a Character card to determine special abilities, and a secret Role card to determine their goal. Four different Roles are available, each with a unique victory condition:

A player's Role is kept secret, except for the Sheriff. Character cards are placed face-up on table, and also track strength (hand limit) in addition to special ability. There are 22 different types of cards in the draw deck. Most common are the BANG! cards, which let you shoot at another player, assuming the target is within "range" of your current gun. The target player can play a "MISSED!" card to dodge the shot. Other cards can provide temporary boosts while in play (for example, different guns to improve your firing range) and special one-time effects to help you or hinder your opponents (such as Beer to restore health, or Barrels to hide behind during a shootout). A horse is useful for keeping your distance from unruly neighbors, while the Winchester can hit a target at range 5. The Gatling is a deadly exception where range doesn't matter - it can only be used once, but targets all other players at the table!

BANG! is a shootout game, in Spaghetti Western style, between a group of Outlaws and the Sheriff, who is their primary target. The Deputies incognitos help the Sheriff, but there is also a Renegade pursuing his own goal! In BANG! each player plays one of these roles, and represents a famous Wild West inspired character.

Learn more about Bang! The Bullet! on boardgamegeek.com 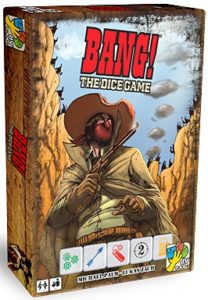 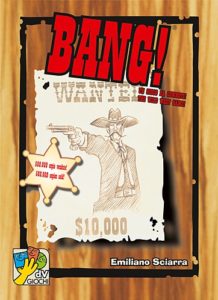 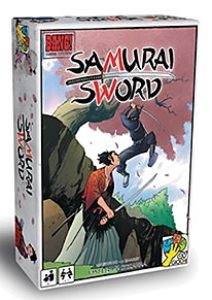 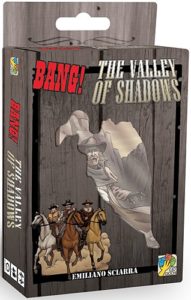 BANG! The Valley of Shadows 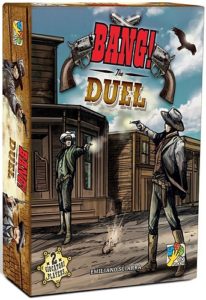 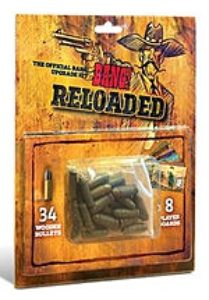 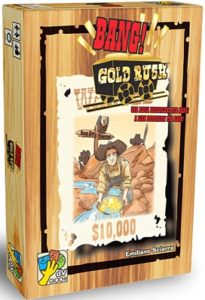