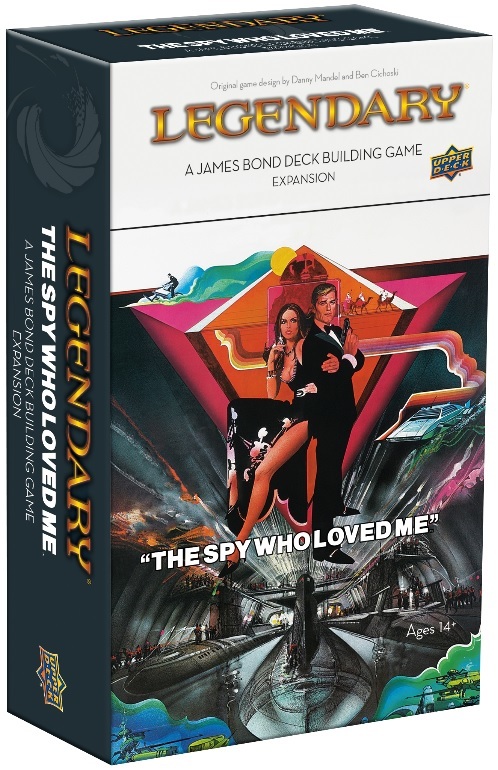 Legendary: James Bond: the Spy who Loved Me

This expansion comes with 120 playable cards featuring images from the Bond movie, The Spy Who Loved Me !

Legendary expands the exciting world of secret agents with the second expansion to Bond, James Bond! Second Bond 007 Deck Building Game Expansion! This expansion comes with 120 playable cards featuring images from the Bond movie, The Spy Who Loved Me ! The game will be the second in a series of expansions that will expand on Legendary Bond one action-packed movie at a time. Bond will be joined in his fight against SPECTRE by top Russian secret agent Anya Amasova and allies like Q, M, Gen. Gogol. And how could we forget those fabulous Q Branch gadgets not to mention that amazing submersible car! Battle the ruthless Karl Stromberg and his various SPECTRE agents as well as one of Bonds greatest foes, the indestructible Jaws. Anya Amasova `I have never failed a mission, Commander. Any mission.` James Bond `In that case, Major, one of us is bound to end up gravely disappointed, because neither have I. This is the 2nd Bond expansion for Legendary 007, a James Bond Deck Building Game. It introduces one more classic Bond film in this expansion, The Spy Who Loved Me. Just like the core set, you will be joined by Bonds Russian counterpart the extremely capable Agent XXX. Together they will battle the evil madman Karl Stromberg, who despises the world! In this expansion, which follows the plot of the classic film The Spy Who Loved Me, join 007 in his against one of his greatest foes, the indestructible Jaws! Along the way, you will face other notorious villains, complete epic missions all while avoiding perilous traps and pitfalls. Are you up to the task?

Learn more about Legendary: James Bond: the Spy who Loved Me on boardgamegeek.com 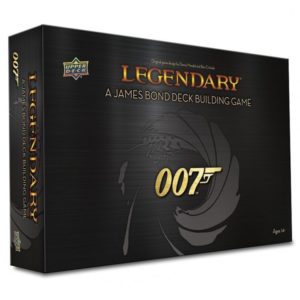 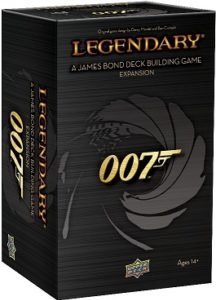