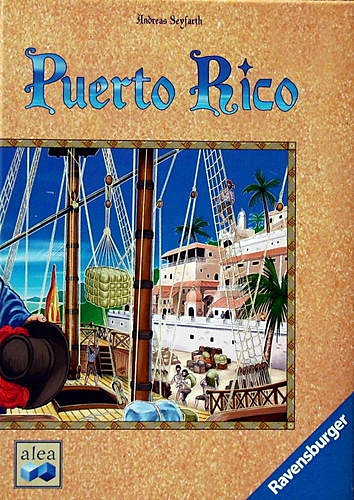 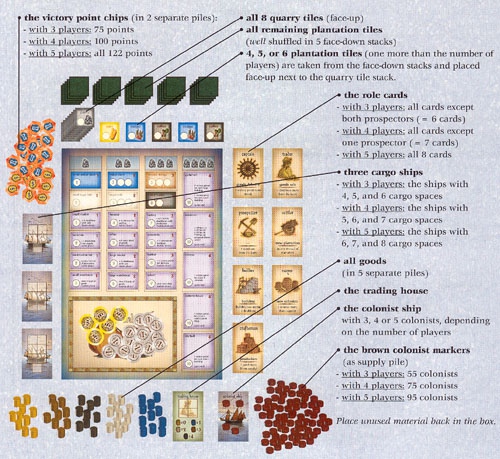 Choose your roles carefully and plan your route to victory depending on the actions of your opponents, in this *classic* strategy offering by Andreas Seyfarth.

In 1493, Christopher Columbus discovered the easternmost island of the Great Antilles. 50 years later, Puerto Rico began to blossom, through you! Which roles will you assume in this new world: Prospector? Governor? Settler? Trader? Whatever you do, you have one goal: to achieve the greatest prosperity and highest reputation! Who will have the most fruitful plantation? Who will build the most impressive buildings? And who will earn the most victory points?

The players construct buildings in colonial Puerto Rico. Each building offers certain advantages for creating & storing goods, attracting colonists, etc. You have to distribute colonists properly to produce goods. The driving mechanic is the roles the players assume each round (as in "Citadels"); choosing these enables the players to execute certain actions (production, selling goods, distributing colonists, etc.). The key is to execute an action that will benefit you the most, without transferring that benefit to the other players as well (all players perform the same action, but without the same degree of efficiency that the original player does). 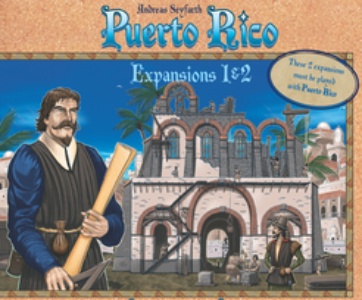 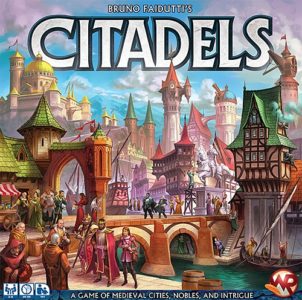 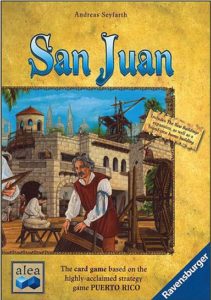 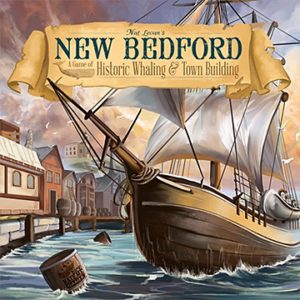