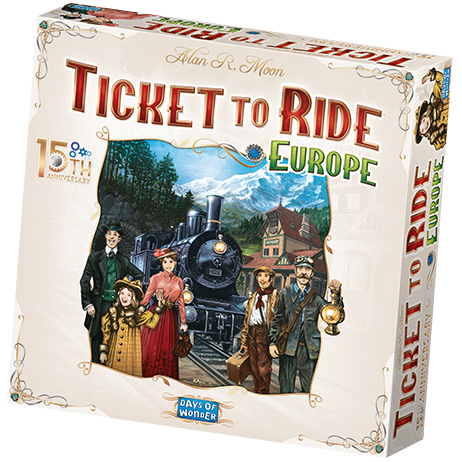 In Ticket to Ride: Europe, you collect cards of various types of train cars that you then use to claim railway routes in Europe. The longer the routes, the more points you earn! If you fulfill destination tickets — goal cards that connect distant cities — then you receive bonus points at the end of the game; fail to connect the cities on your tickets with rail routes, and you lose those points instead.

Ticket to Ride Europe takes you on a new train adventure across Europe. From Edinburgh to Constantinople and from Lisbon to Moscow, you'll visit great cities of turn-of-the-century Europe. More than just a new map, Ticket to Ride – Europe features brand new gameplay elements including Tunnels, Ferries and Train Stations. The game will also include larger format cards and Train Station game pieces. Like the original, the game remains elegantly simple, can be learned in 5 minutes, and appeals to both families and experienced gamers. Ticket to Ride - Europe is a complete, new game and does not require the original version. 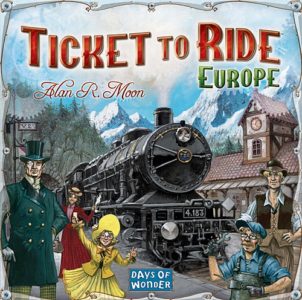